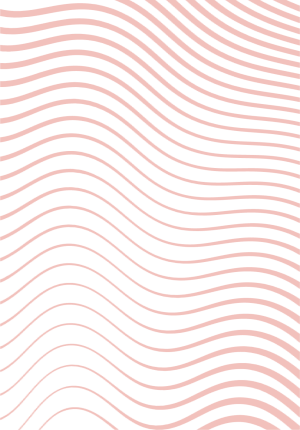 Lavinia in The Bluntness

This Cannabis Lubricant Brand is Breaking Three Taboos With One ProductSex and Cannabis Are Coming Out to Play!Get Ready to Say oh.hi! to Orgasms Thanks to Lavinia

Cannabis has been considered a taboo topic for decades, and many people today still hesitate to discuss the plant in public (even though a good portion of us indulge in it). Sex – especially queer sex – has experienced a very similar stigma, despite the fact that even more people indulge in that than cannabis.

To say widespread acceptance is impossible feels like an understatement.

However, that hasn’t held back cannabis lubricant brand Lavinia from giving it their best shot. In honor of Pride Month, the company teamed up with queer organizations throughout the state of California to spread awareness and education on cannabis, safe sex, and the role the LGBTQ+ community has played in both of those arenas.

How Lavinia’s CEO & Founder Brought Her Dream Cannalube to Life

Lavinia CEO & Founder Katie Enright first approached the sex industry from the suburbs of Chicago, where she had dedicated years studying to theology. As a nun-to-be, Enright took a vow of abstinence – a.k.a., a religious promise that she would never have a sexual experience in her lifetime.

Enright eventually changed her mind, stepping into the secular world with incredibly limited knowledge about sex, and absolutely no context to back it up with. A student at heart, Enright pivoted from learning about divine theology to learning about sexual anatomy, taking in as much information as she could on the topic she knew so little about.

“But I think that gave me a really great face for what I’m doing now. Even though I was coming from a place of no knowledge, I was able to acquire so much knowledge, and now friends turn to me to ask about positions and products, instead of the other way around.”

Years later, Enright was training for her second marathon (after suffering a pesky injury from her first) when she decided to look into cannabis as a potential recovery method for the muscle soreness she was already anticipating.

However, the findings she came across allowed her to think about cannabis in an even newer and more exciting light.

“Cannabis is still almost brand new in terms of research, and I remember reading this article about cannabis and sex where the writer mentioned you can use the plant as a lubricant. I tried it using some coconut oil, which I was already using as a base for my running recovery balms, but as a lubricant, it wasn’t the best base option – it can cause infections and make things really uncomfortable,” Enright said.

“So anyway, I tried it, really liked the cannabis element, but didn’t like the coconut oil. The very next day, I went to a dispensary to try and find a product that would enhance my sexual experiences. I went to three places; no luck. Any lubricant on the market was coconut oil-based, so I started making coconut oilless lube by myself in my kitchen. That’s how Lavinia started – I just really wanted to be a consumer, but the product I needed didn’t exist.”

Although cannabis is on its way to destigmatization and operators don’t have to hide in the shadows as much as they used to, Enright has faced quite a bit of adversity trying to simultaneously break the cannabis and sex taboos with one product.

That being said, she figured she might as well fully embrace the full trifecta of taboo, encompassing the LGBTQ+ community in her initiative to normalize cannabis, sex, and queerness.

“Cannabis attracts so many types of people. It’s kind of the ultimate welcoming and nonjudgmental community. It’s for everyone who seeks it out, no questions asked. And I feel like that’s why the LGBTQ+ community is such a good pairing for cannabis – because of how equally welcoming it is,” Enright said.

Although Enright recognizes the parallels between the cannabis and LGBTQ+ communities, there’s another reason she decided to connect Lavinia so directly with Pride Month initiatives: a promise she made to herself years ago, when she first moved to Los Angeles.

“When I first moved to LA, I was very poor. I couldn’t afford a pap smear, an STD test, or any of the other very necessary things I needed to stay healthy. So, I would go to the LA LGBT Center and they would provide me with these services asking for donations in exchange,” Enright said.

“I made a vow that if I ever started a company or had enough funds to donate, I’d donate to them, because I directly benefited from the compassion of that organization. When you go to get an STD test at certain places, you want to hang your head low and slink in and out, but the LGBT Center was always such a positive and supportive environment. It helped keep me healthy and sexually empowered, and I never forgot that feeling.”

Honoring her vow, Lavinia collaborated with San Francisco dispensary Joy Reserve to put on a drag show for Pride Month. The brand also donated a portion of their June proceeds to the LA LGBT Center, where a young Enright experienced so much support and affirmation.

“Our goal at Lavinia is to enhance people’s sex lives through cannabis. They’re both so heavily taboo, but we want to create an environment where people can ask questions, share sexual experiences, and have honest conversations about it all.”